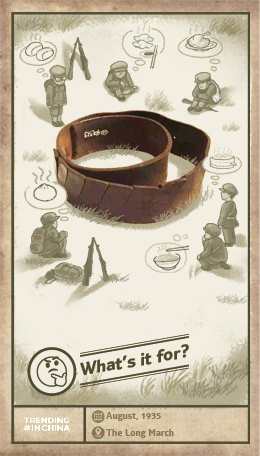 What are the uses of a leather belt?

In August 1935, during the course of the Long March, Ren Bishi, one of the first-generation leaders of the CPC (Communist Party of China), and He Long, one of the founders of the PLA (People's Liberation Army), led their troops across arid grasslands. Many soldiers passed out from starvation. Suffering from hunger, Ren and his men had to boil their leather belts for food, and each person only got three small pieces for a meal. Despite the belts' foul smell and yucky taste, they jokingly called them "boiled beef."

Unlike the belts we see today, the leather belts used by the Red Army were simply processed cow skin. Some of them were carried as food for the long journey.